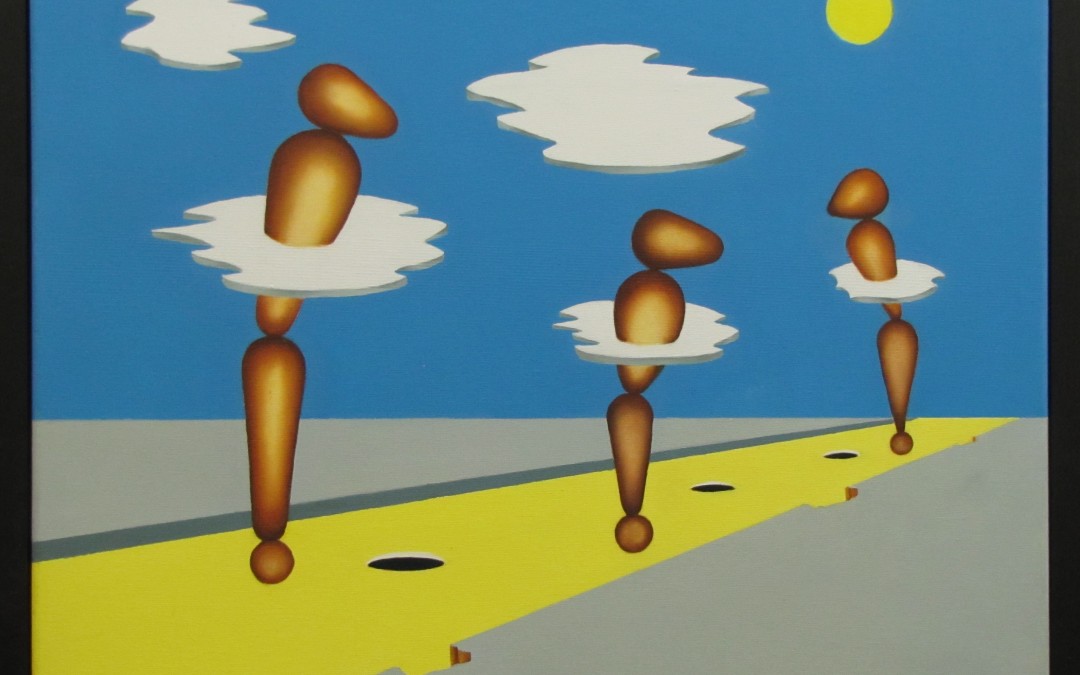 The Crisis what Crisis by Yorkshire artist Anthony Carroll series forms a satirical view of the economic crisis from 2008 and updated to the present time in which the recipient organisations, institutions and authorities responsible and found wanting are parodied as wooden tops, a term which may be regarded as either one of endearment taken without offence between friends or as a derogatory term to describe the organisations, institutions or authorities as inept, incompetent, or indifferent.

The narrative accompanying each piece is intended to provide a catalyst in which to provoke an opinion from the viewer.

The exhibition will run through out September 2015.